What is Neck Lift?

In addition to the face, sagging occurs on the skin of the neck due to aging. Thus, the angle between the neck and chin disappears. The skin under the neck of individuals who gain and lose a lot of weight, and whose lower jaw is small and behind, tend to begin being saggy at an earlier age. In overweight individuals, higher amounts of subcutaneous fat in this area make the skin sag down more.

How Is Neck Lift Surgery Performed?

In neck lift surgery, an incision is made that extends from the front of the ear to the earlobe and then turns towards to back of the ear. The skin of the face and neck is freed. The soft tissue of the face containing the mimic muscles is pulled up with stitches. Excess skin is removed and stitched on the incision made. If there is fat accumulation under the chin, it is removed by liposuction.

Vertical bands in the neck area are released by making a 3-4 cm horizontal incision under the chin and an inner corset is formed by stitching them to each other. With the prostheses placed on the chin tip, the chin can be defined during the neck lift procedure. In this way, the face profile is also restored.

The operation is performed under general anesthesia. Since other parts of the face are also intervened in addition to neck lift, the procedure duration varies between 5 and 7 hours.

What Should Patients Be Careful About After Neck Lift Surgery? 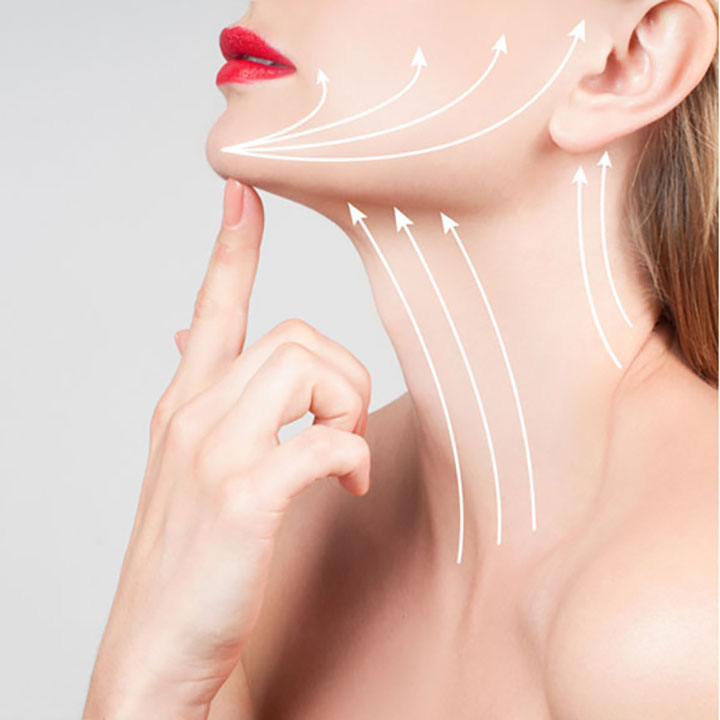 The patient should also apply sunscreen creams regularly for 6 months. Swelling and bruises disappear in 3 weeks. Generally, it is possible for the patient to return to work at the end of the second week after the operation.